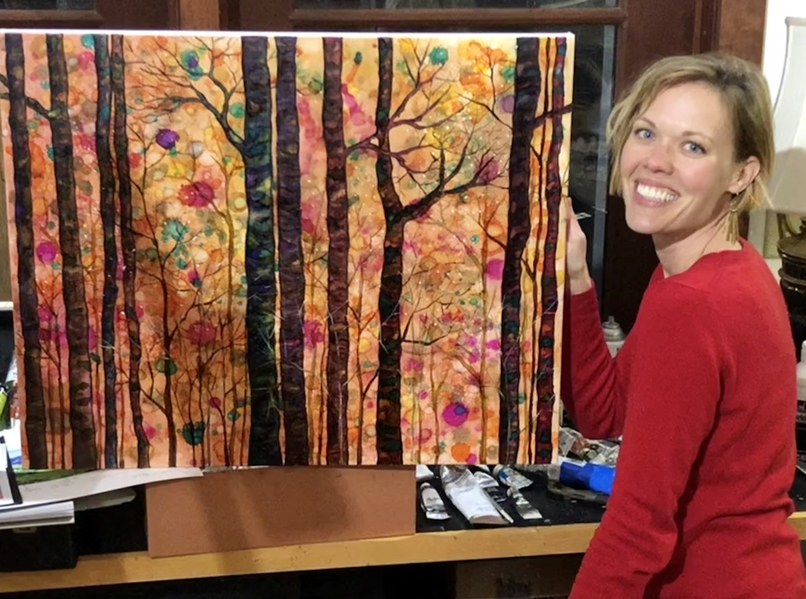 Mary Elizabeth Hining, the painter behind North Carolina–based Mary Elizabeth Arts, doesn’t mince words when describing her experience on the site. “It changed my life,” she tells AD PRO. Hining was pre-med before devoting herself full-time to painting, a lifelong passion. She was early to the online craft movement, having anecdotally discovered demand for her hand-painted glasses and dishes after giving them as gifts to friends. She joined Etsy in 2012, and in 2013 had her best year on that site, bringing in a total of $60,000.
When Amazon Handmade launched in the fall of 2015, she “jumped at the opportunity,” joining Pereida-Rice as one of the section’s first sellers. “I started selling from my studio and right away, the first Mother’s Day hit and I couldn’t believe the volume. I thought, Hey, this is a different situation. . . . It’s a game changer.”

Mother’s Day and Christmas are the biggest holidays for Hining—last year, in the five weeks before Christmas alone she made $60,000, her onetime annual revenue from Etsy. Though the money was good, Hining realized early on that she was in over her head when it came to fulfilling massive orders of fragile goods. That’s where Amazon’s expertise came in.

Besides the unprecedented platform afforded by tapping into Amazon’s behemoth user base, artisans on the site extol the benefits of the site’s back-end support, which allows them to effectively outsource logistical work that might drive a small business under to a company that has, for better or worse, monopolized the market with its unparalleled expertise in shipping, e-commerce strategy, and competitive pricing.

Read the full article at Is Amazon the Best Hope for Independent Makers in an E-commerce World? | Architectural Digest