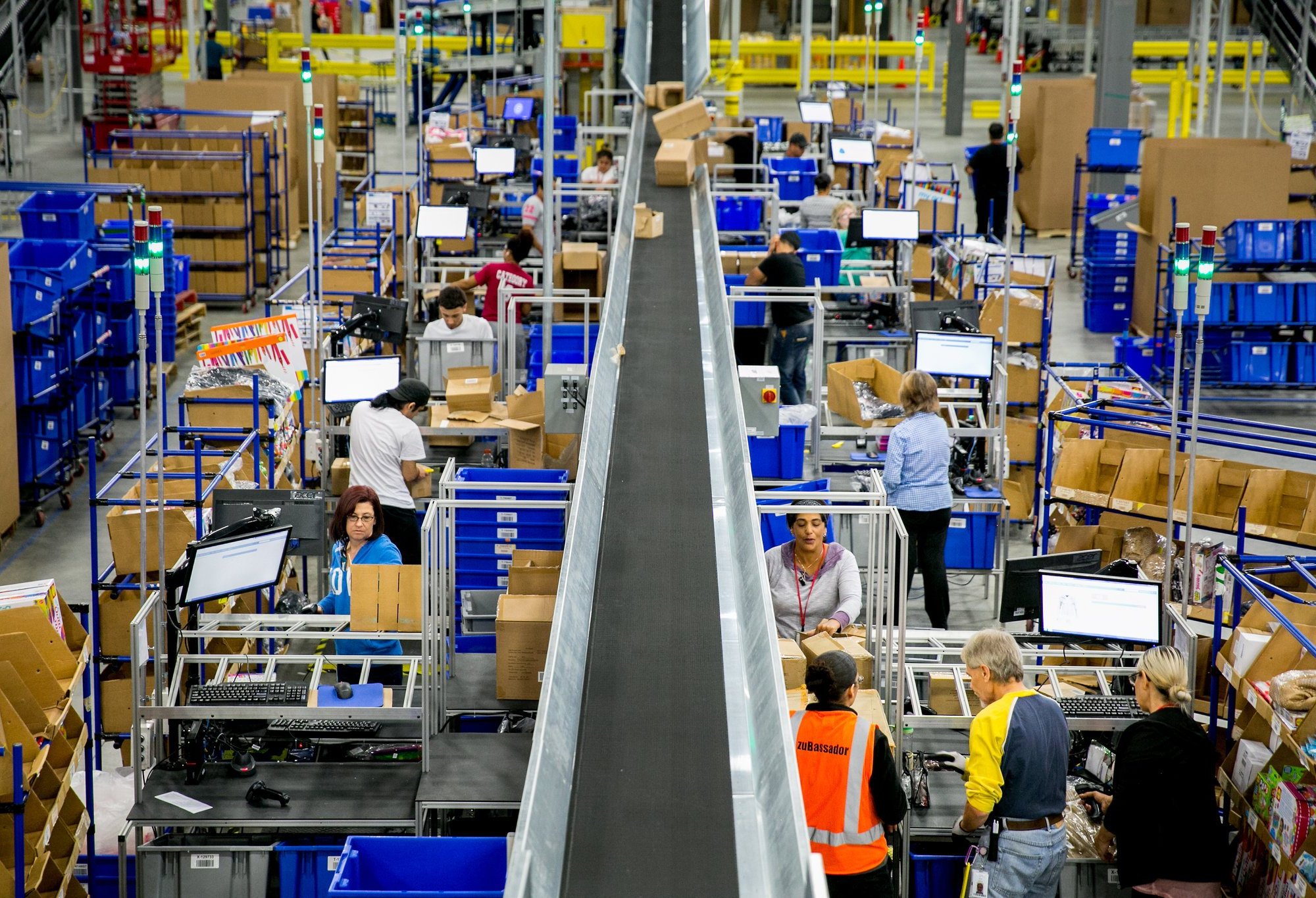 The 850,000 square-foot fulfillment center will feature “innovative technologies” including Amazon Robotics and will be used to fulfill small items such as books, electronics and toys:

“It’s official: Amazon is moving forward with plans to build a fulfillment center in Gaines Township. The Seattle-based online retail giant on Tuesday confirmed it would build a more than 850,000-square-foot facility on 100 acres of vacant land on the corner of 68th Street and Patterson Avenue SE, about four miles south of Gerald R. Ford International Airport.A groundbreaking date has not been set, but construction on the facility – which is expected to employee 1,000 people – could start as soon as the “next couple months,” said Amazon spokesperson Shevaun Brown.”

via Construction on Amazon center near Grand Rapids could start in next few months | MLive.com