Walmart isn’t about to let rivals like Amazon delve further into self-driving deliveries without offering a response. As CNBC reports, the retailer has teamed up with GM’s Cruise for a self-driving delivery pilot due to start early 2021 in Scottsdale, Arizona. The project will have an autonomous EV fetch your local store orders.

This will save you time and money while also helping to reduce Walmart’s impact on the planet, the company said. It also suggested this was particularly helpful while the COVID-19 pandemic raged on, noting that it was a truly “contact-free” delivery option.

This isn’t Walmart’s first driverless delivery alliance. It has also forged partnerships with companies like Ford and Udelv. GM’s Cruise is a major ally, though, and the all-electric nature of the pilot might be alluring for the eco-conscious.

The store chain has an incentive to move quickly. Amazon signalled its commitment to self-driving vehicles when it bought Zoox, and shops like CVS and Kroger are already experimenting with Nuro’s robotic couriers. Any widespread commercial use of autonomous delivery is still a long way off, but Walmart likely doesn’t want competitors to claim an early advantage. 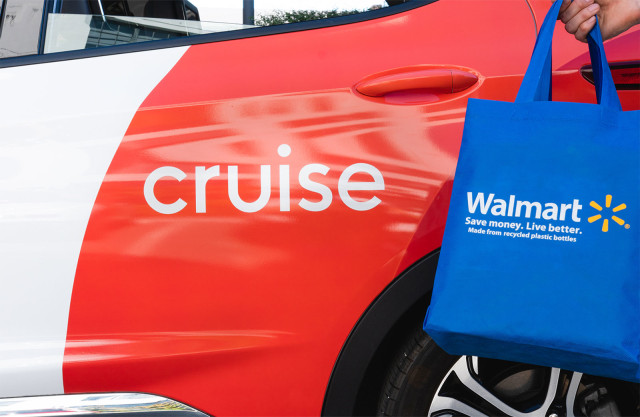